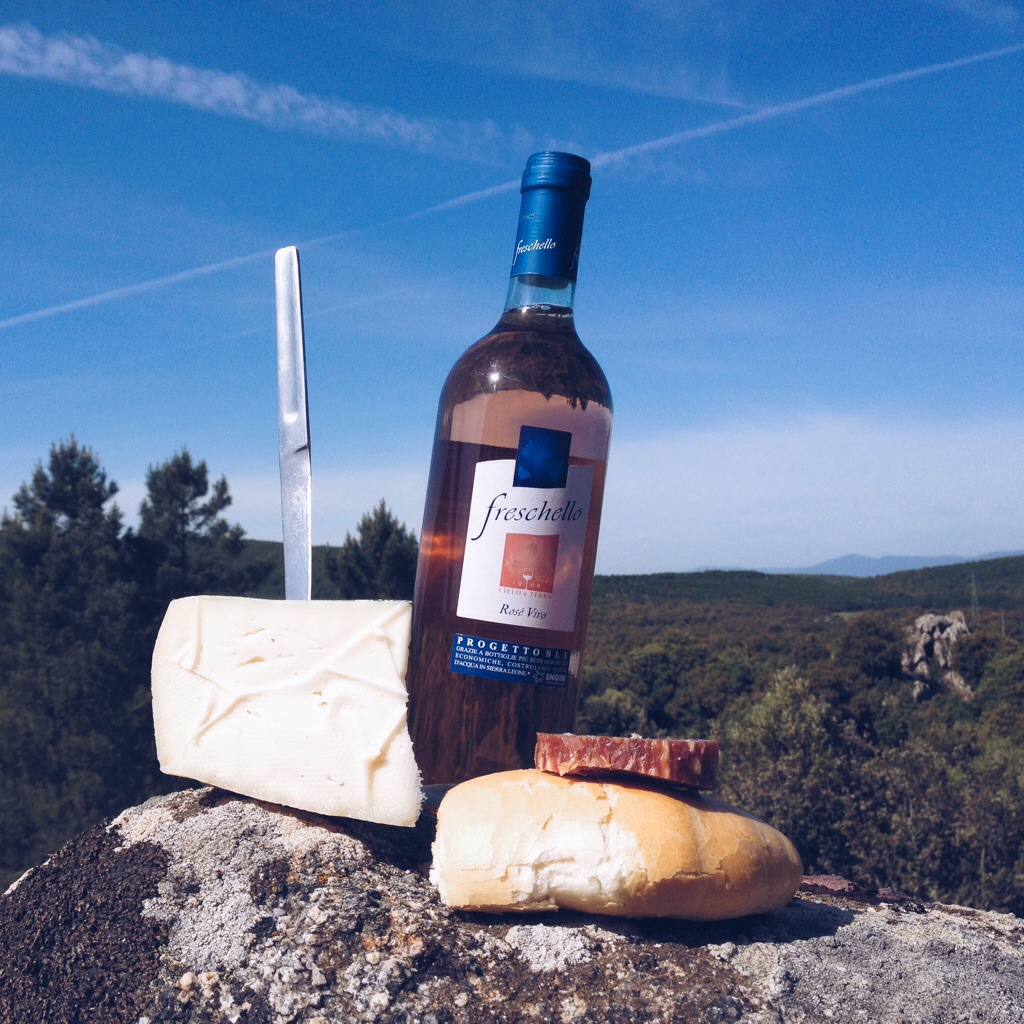 Again we used the days off at Withsun to celebrate another outdoor, wildlife and rallye weekend. When we heard that the famous and beloved Acropolis Rallye of Greece dropped off the WRC calendar in 2014, we looked out for another event to join. Undoubtedly second most famous rallye is Rallye Finland and it is still on our list. But Finland is in August and full of midges. So we decided to give Rally d’Italia Sardegna a try. Similar weather conditions like in Greece. Stages are more narrow but less loose rocks on the surface.

It was a good decision and the weekend went well. Even though it isn’t that comfy as it is in Greece. The stages are in the “Outback” of Sardegna and starting late in the day. So it was tight to get some food after leaving the stages. Also it was impossible to go to the beach at the end of the day. We lived in the Outback all three days and went to the beach afterwards on Sunday. Much harder than in Greece where you have a daily visit to Loutraki for a cold beer and some beach fun at the end of the day. I was curious about the food in the small villages up in the mountains. But it was kind off disappointing. We had pasta which looked liked instant noodles and also pizza magharita because the chief was not in the mood to put some more stuff on it. Only on the last day we had a good Pizza and it was in a larger city. This point definately goes to Greece. In the villages up in the mountains, where no tourist will ever go, are the best taverns with Tzatziki made by Grandma.

Anyway, this is how the days in Sardegna started: Salami, Peccorino, bun and wine. This is Italy! 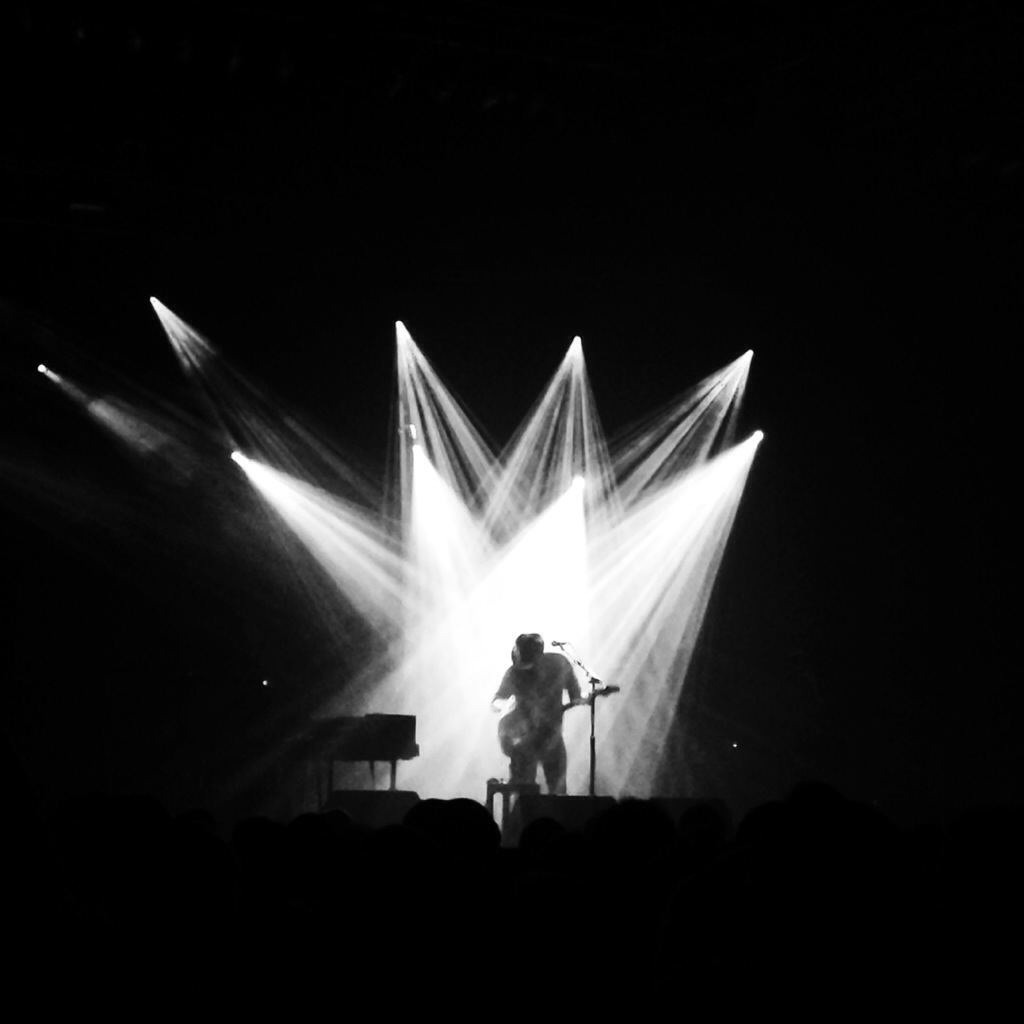 A long felt want came true last Friday. Finally! I really like the music of City and Colour. I guess most of the pictures on the blog are edited while hearing his music. Last Friday he played a show in Berlin. No need to mention that I had to see it. And it was awesome! 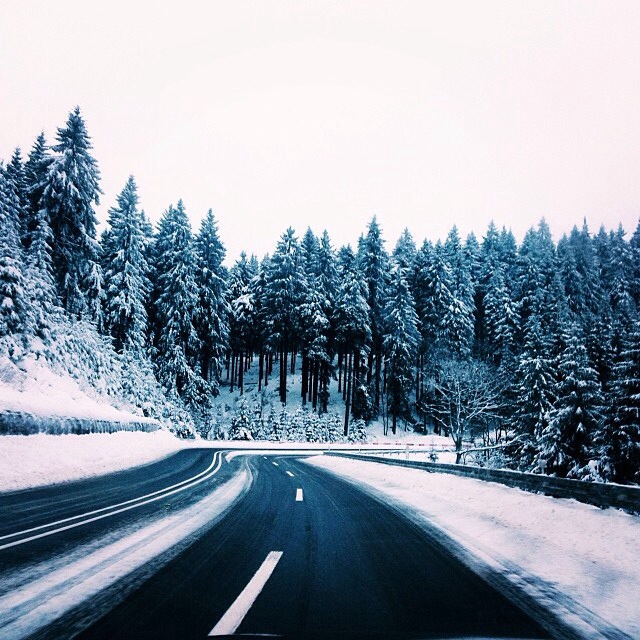 Time goes by too fast. I still haven’t touched alle the photos taken in 2013. I slowly crawl through all of them and will finish them. One day.
On the other hand I’m sometimes not sure in which way the different pictures I take should be published. Traditional way is to shoot with the camera, develop them on a computer (or in a lab in between) and publish them here first and sharing them on social media afterwards. But today, I photograph all that daily stuff with a smartphone and puplish the result instantly. If they have an art character, they will appear on Instagram first and maybe Twitter and Facebook afterwards. As I don’t use it frequently, most photos will not appear on Google+ or Tumblr. And the platforms I like most are completely bypassed by my smartphone photography: This website, DeviantArt and Flickr.
As already done on the posts before, I will repost particular photos of my Instagram stream here as well.
This photo here was taken on the way to Oberhof in December last year. The only snow I have seen this winter and we went there for an afternoon in the snow. Was fun! 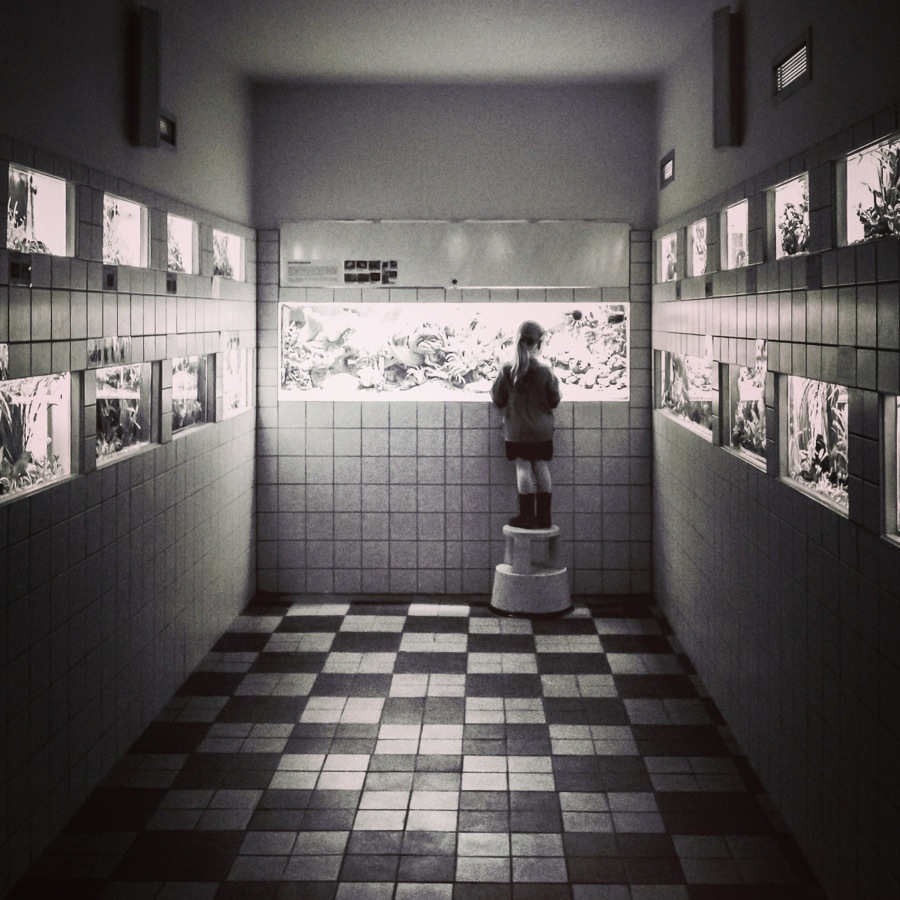 I’m still alive! And my harddisk is full with photos from the last months and I did not find the time to post process them or even to sort them out. Also I have to find a better strategy to merge the different incoming pictures. Instagram, phone, DSLR.
This one was taken in the Aquarium of the Erfurt Zoo and was originally puplished on my Instagram account. 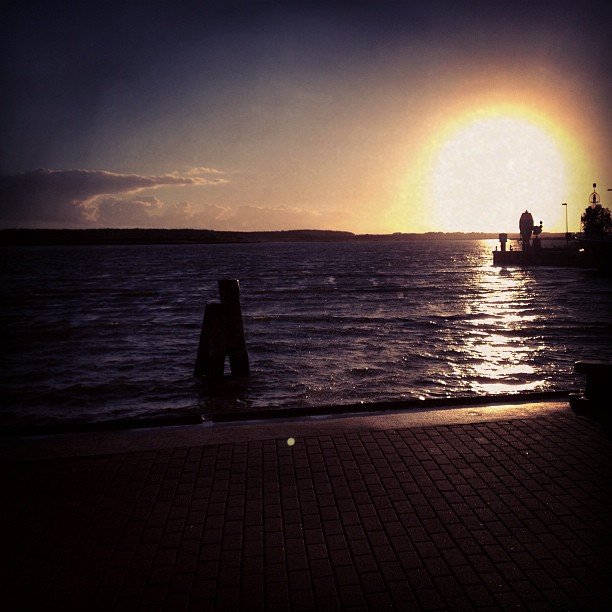 Sorry for not updating the blog the last weeks. Kinda busy these days. But I’m working to improve my performance here. This photo was taken at Karlshagen habour, after having a delicious dinner in one of the really nice restaurants there.

I have to admit that more and more I’m getting lazy in carrying the DSLR with me. This photo was taken and edited with and iPhone 4S. Incredible how the quality of phone cameras have improved over the last couple of years. Also the post processing on the phone is insane. But this does not mean I will throw the DSLR in the bin. It’s used for the more specific photographs like portraits. 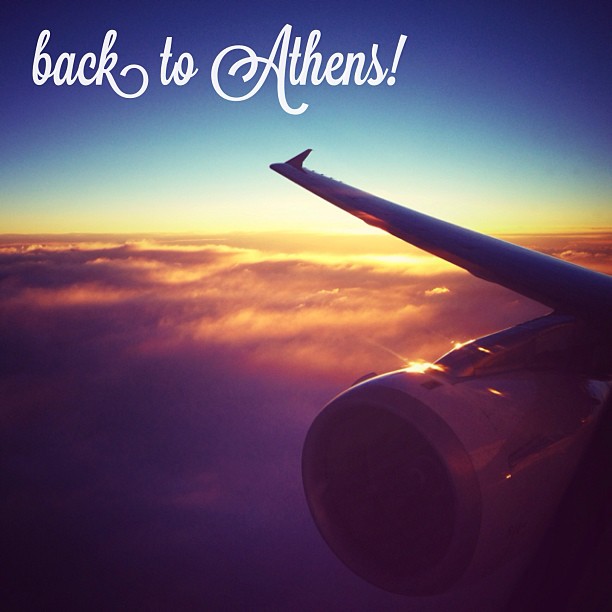 The last weekend was one I was waiting for since months. After 2006, 2007 and 2008 this year is the year I would visit the Rallye of Gods, the Acropolis Rallye of Greece again. I’m still speechless. It was great fun and I will post more photos in the next days.
The photo was taken aboard an Airbus A321 enroute to Athens while flying over Albania.
(photo and editing by using an iPhone 4S) 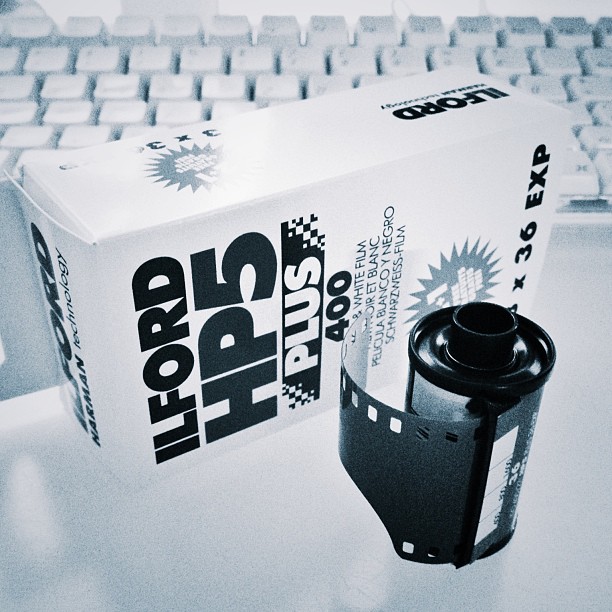 As said before, I want to dive deeper into the analogue topic and ordered real black&white film. I’m really curious what the outcome of this will be. So let’s wait for the right opportunity to play around with it. 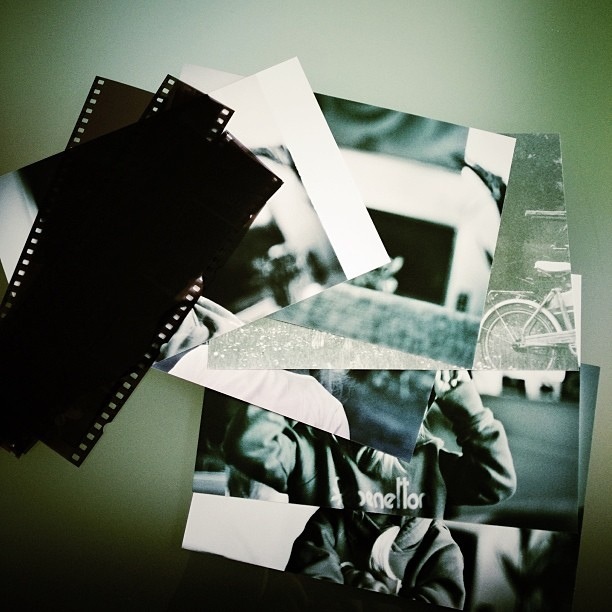 And this is what I got back after I gave it away for developing. I like the outcome. Still a lot room for improvement. And the next time I will not use the discounter around the corner for doing this job. Best might be to invest more money and get this done in a local photo shop. 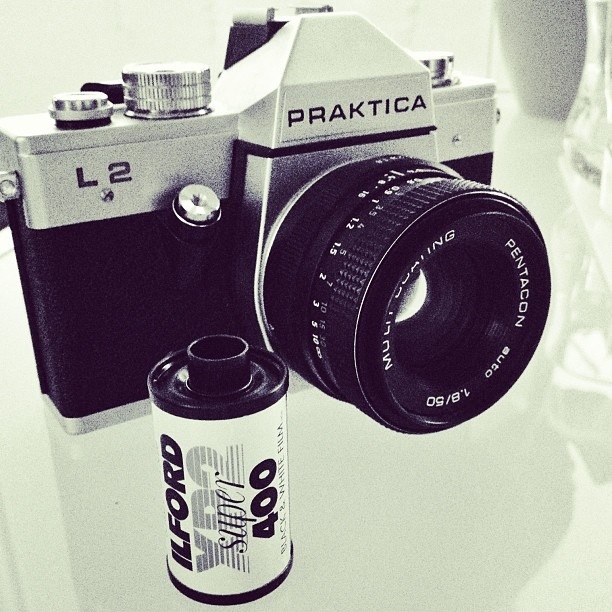 Mostly I’m running arround with my beloved EOS 400D or in the past months I have used more often the iPhone 4S for the day-to-day stuff. But despite this and the undoubtly advantages of the digital equipment with its instantly available results, I really become a fan of the analogue equipment. The first thing is: I can work with 35 mm frame size without upgrading to a 5D or 6D. And I really like the outcome of this old Praktica L2 which already captured my own childhood in the 80s of the last century. Not perfect from a technical point of view. Perfect to freeze emotions.
A few weeks ago I finished the film I had in this camera since June last year. Too long.

This picture is pretty much similar to the previous one and it is not this kind of photographs I usually do. But sometimes you have to look over the fence and try other things. This is a panorama shot taken at the Griffith Observatory in Los Angeles. I made 7 pictures with a Tamron 11-18mm lens at 18mm and stitched them afterwards.

You can see the whole Los Angeles Basin from Downtown L.A. on the left till Century City and Santa Monica behind on the right as well as the Pacific Ocean. Also note the Hollywood sign on the far right. A city of an unbelievable size (and I thought Mexico City was big).

I did these photographs a few weeks after Apple has released iOS 6 which brought a panorama function to the iPhone 4S and newer and even it was a few weeks out, you could here this remarkable “beep” of the iPhone’s panorama function everywhere around the observatory. Other phones have a similar function, but when I was there it seemed like everyone was using an iPhone.

So what did I do? I just took the iPhone as well and made panorama photo by using the new function. If you want to see the comparision between a panorama of 7 raw shots where an iMac Core Duo needed several minutes to stitch it and a panorama, taken on a mobile device and ready to use immediately after releasing the shutter – then click here…
(iPhone on top)