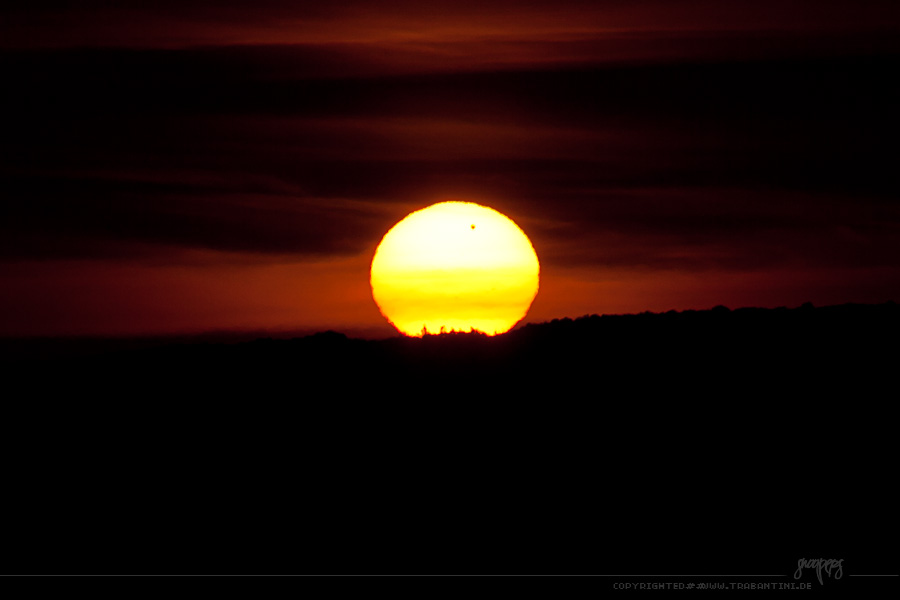 Similar to January 2011’s solar eclipse the spectacle had already begun when the sun was risen in our area on June 6th this year. Since I have heard about that, the goal was again to capture the rising sun with Venus in front of it. So I set the alarm clock to 4.45am, had a look outside on a clear sky and went up the hill behind the house. 20 Minutes later the sun climbed over the Ettersberg and Venus was visible as a small black dot. Like a piece of dust on the light orange ball. The photo shows exact this moment. 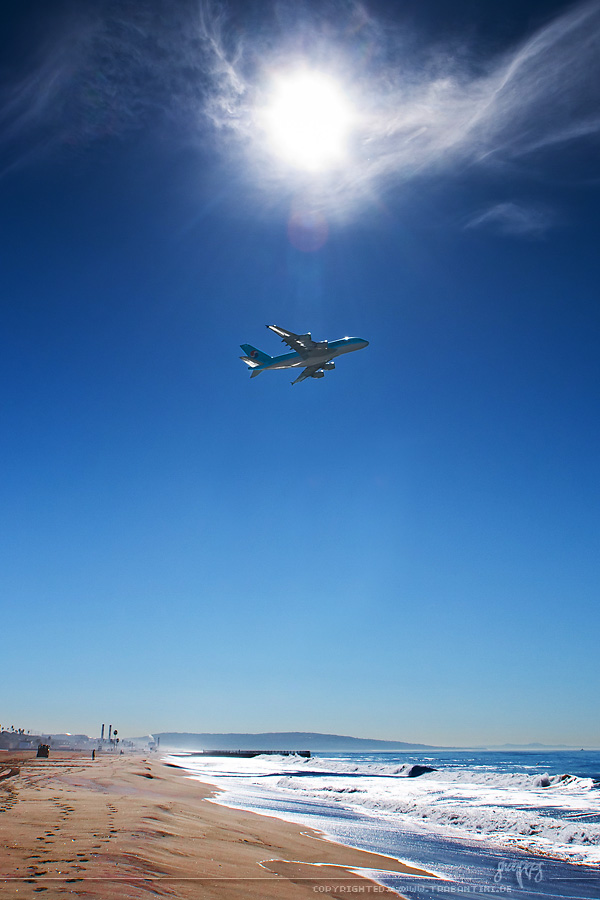 I mentioned in the last post, there was this Korean A380 departing right over my head. As you know, this is kind of a photoblog and mostly I carry a camera with me: for sure I have captured this scene as well. Moving slowly over the beach, like pinned in the air. 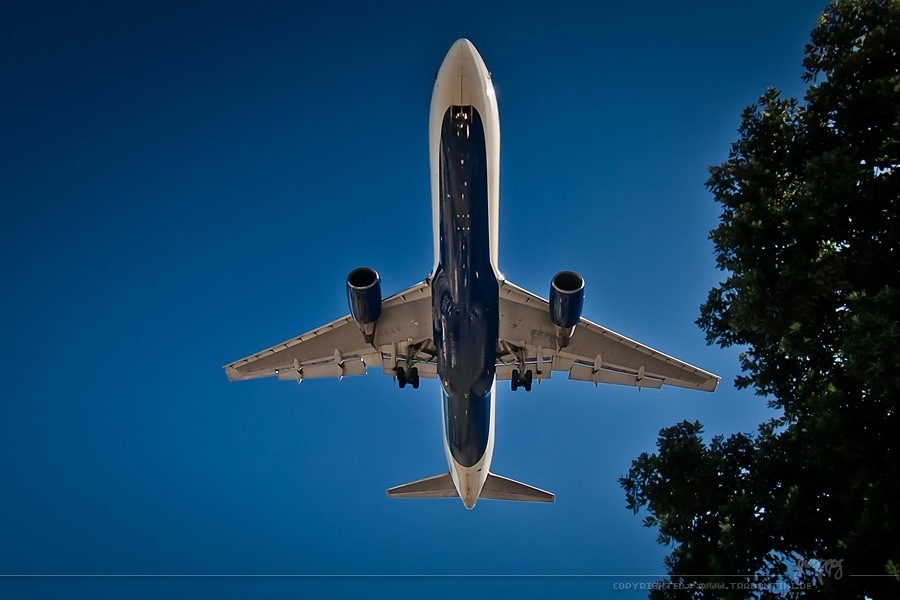 One of the first things which came into to my mind when I got the information about traveling to California was: Hell yeah – spotting at LAX! Propably it was recognizable in ealier posts, I really like aviation and flying is always a pleasure for me. And due to this I have seen a lot pictures made at Los Angeles International Airport. A special thing there is a small park next to the In’n’Out-Burger at Sepulveda Blvd. This is one of the rare spots in the world where it is possible to make plane photographs using a wide angle lens as the aircraft are passing really low over this point. The plan was to grap the rental car and go there. Unfortunately it was right after noon and no heavy was in sight. And all the 737 and A32X were not that impressive.
Second attempt was on the day I had to leave back home. As I was not alone in the car I could not go to the airport in the early morning to catch all the A380 and B747 from Asia and Australia. At the end – this Delta 767 you see on the photo is the biggest bird I got. Not that what I had planned to shoot but better than nothing. Anyway, I assume there is no airport in the near were I can make a better wide angle picture due to the fact that the birds are to high when crossing the airport fence. What should I say, I had the chance to spot aircraft at LAX and I took it. And it was quite impressive. Especially a few minutes later when I went to the beach behind the airport for the final time and this big blue Korean A380 got airborne right above me. Incredible piece of engineering. 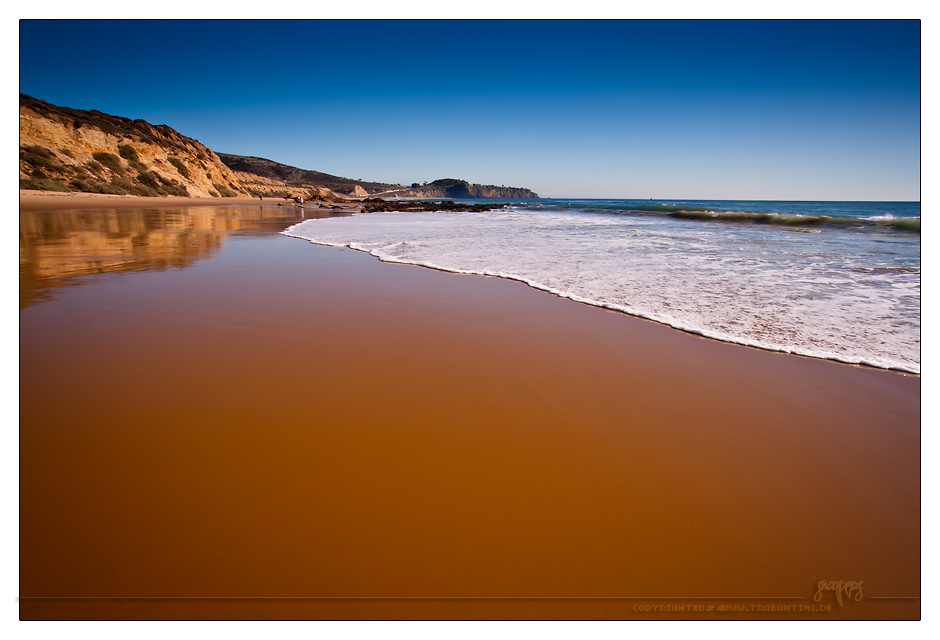 Similar to the previously posted photo this one was taken on the same day. But this was some hours earlier. The view is in southern direction and in the far end the Highway No. 1 (Pacific Coast Highway) is visible. I came down this way and the view when coming out of Laguna Beach is stunning. Only a road, the cliffs and the endless Ocean. I really like the orange coloured beach and the reflection of the cliffs in the wide area of wet sand. This entry is also a test of the wordpress App. The post was written and published on the iPad.