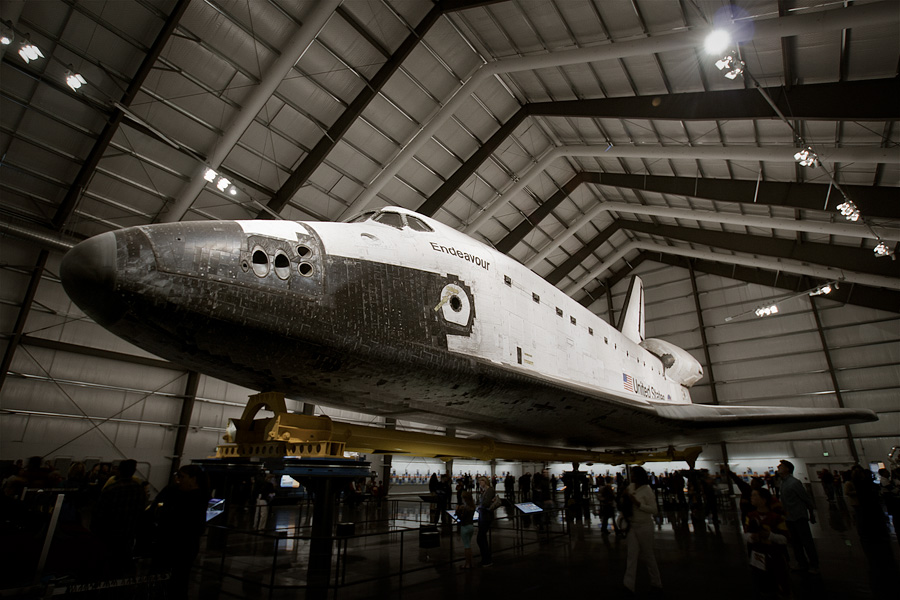 And here it is. The ship in all its glory!
Upon arrival in L.A. the first stop was the California Science Center near Downtown to visit the new home of the Space Shuttle Endeavour which opened the week before. For this day all tickets were sold out and I bought tickets for the other Saturday which was originally planned for this and some other sightseeing. This and the photos before were taken there.

Interesting side note: My kindergarten’s name was “Kosmonaut”. 1986 we celebrated the launch of the Mir spacestation as well as the maiden flight of the Buran Orbiter in 1988. Never thought at that time, the first spacecraft I came that close would be a Space Shuttle.

And I’m glad it is the ship which carried a digital picture of my daughter during STS-134 as part of NASA’s Face to Space. 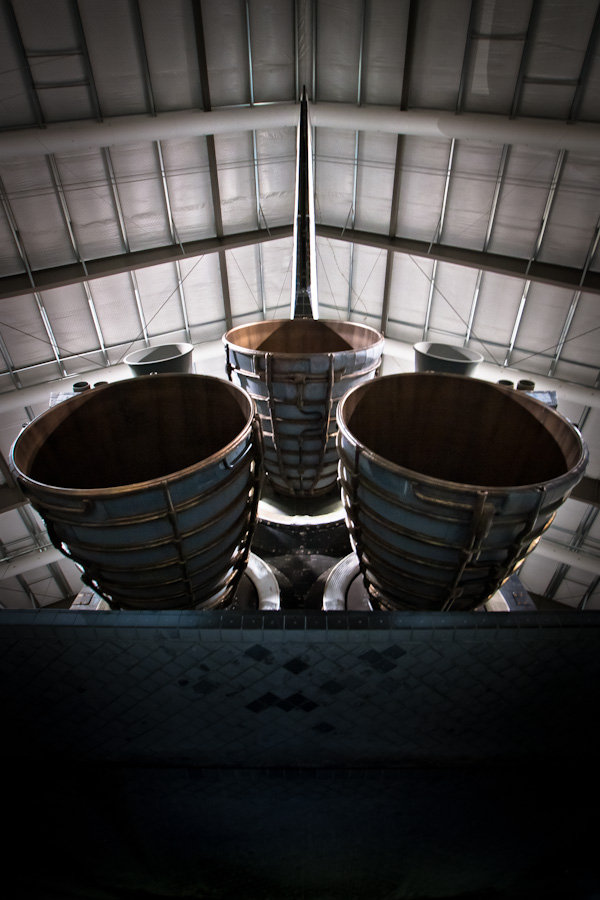 If you own a swimming pool and you do not want to waste time on filling it with water, you should use this machine and run water through the pipes and pumps behind these nozzles. After 25 seconds the job will be done! 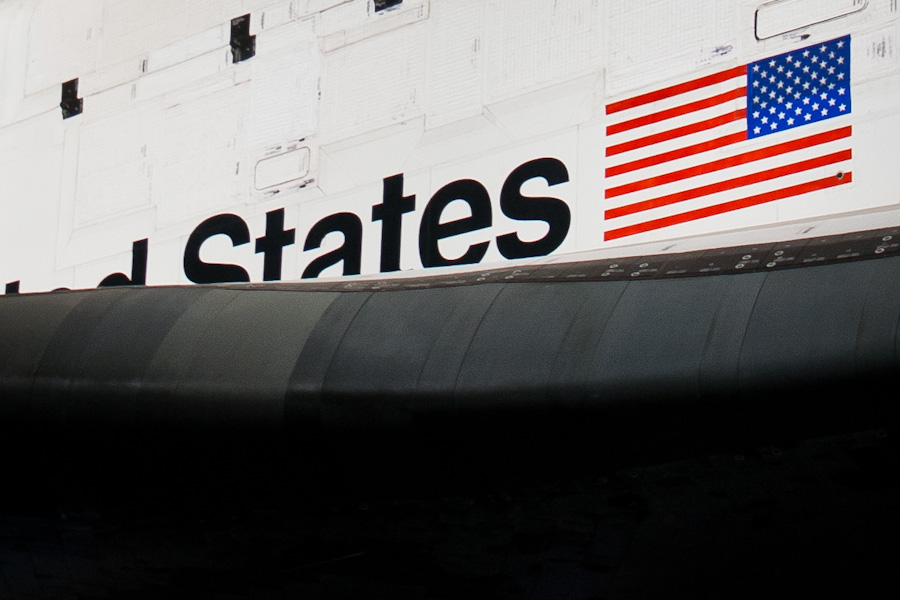 …of the puzzle. And I think it should be more than obvious now. More to come in the next days. 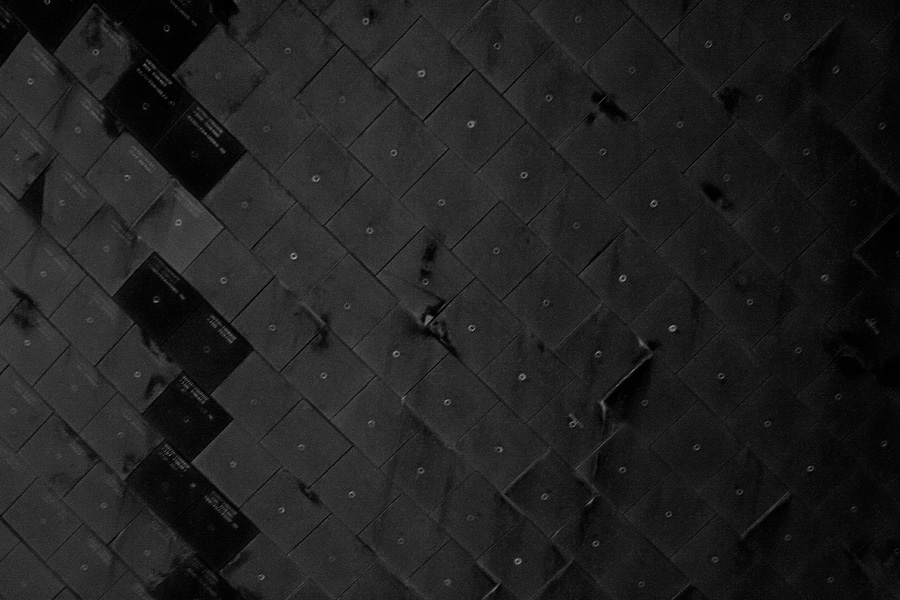 Guess what it is! Taken somewhere in Los Angeles last week. It was a big wish of mine to see this and it came true. 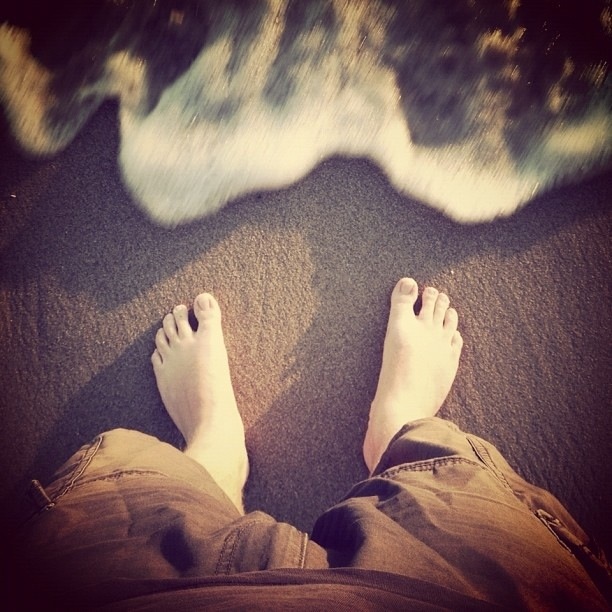 As mentioned earlier – the Pacific Ocean is something special to me. It is always a desire to be in contact with it when I’m somewhere on its coast line. So I could not wait to get to the beach and to walk in. 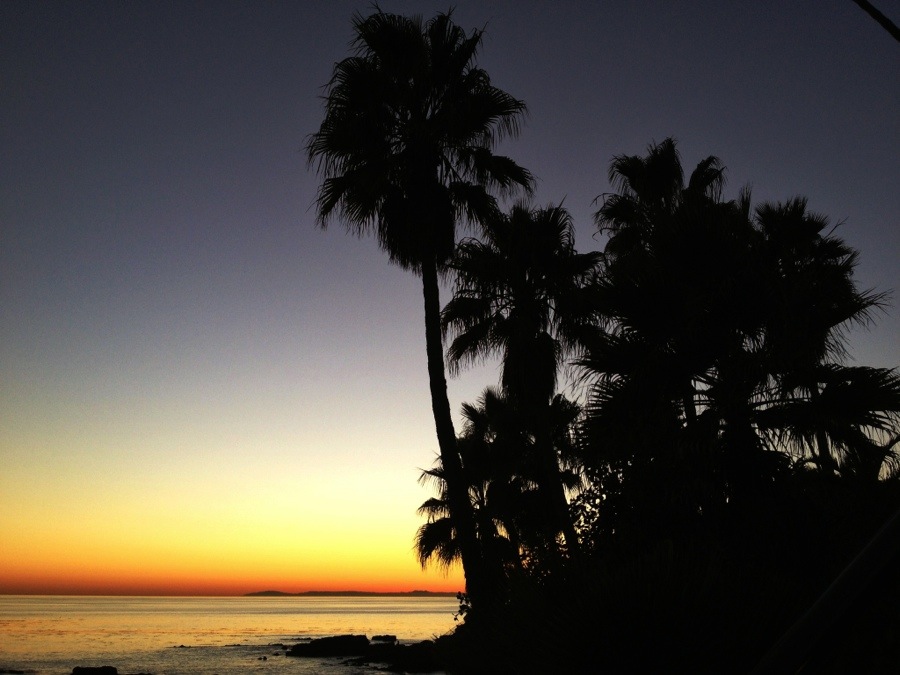 Even it is still fall, the weather feels like winter in Germany. You can estimate how it felt when I arrived in California last Sunday. 32 degrees centigrate and bright sun! It was a must to drive over to Laguna Beach after work on Monday to catch the last rays of sunlight while sitting on the beach. 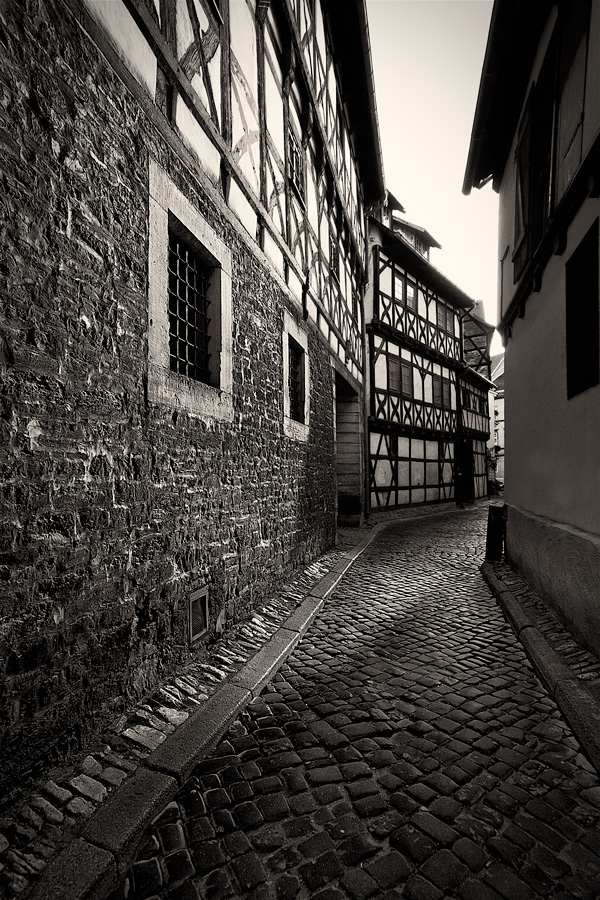 A few years ago I made some nice photographs of the really old cities in the Tuscany/Italy. Later I made wonderful dark sepia prints of them which decorate the walls of my livingroom now.
Since Erfurt has a nice medieval city centre, I decided to try the same here. Again I grabbed my bike and went through the city to find the spots I have discovered on Google before or I have seen in the past and always thought: Must do a photo one day here!
Goal was to have no people on the photographs. This is why some really famous spots are missing in the series. Will do them later. As there will be no trees in the frame, it does not matter in which season you do the photographs. So I just have to wait until it gets cold to get rid of all the people…
Anyway – this is what I got so far.